Bob Kohler – Aces In Their Faces 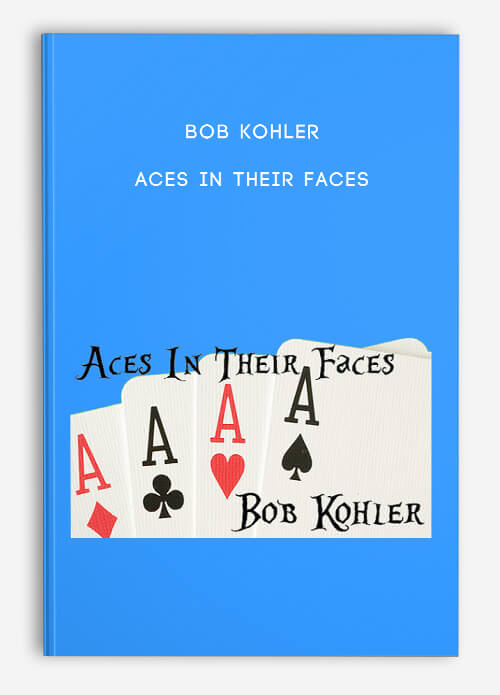 Bob Kohler – Aces In Their Faces

Finally a DVD that tips all of Bob’s incredible work on one of hte best selling card routines of all time, “Aces In Their Faces.” since it’s initial release in 1997, AITF has become a classic. But the booklet only tipped part of Bob’s working routine. This DVD reveals all FOUR routines.

ACES IN THEIR FACES is complete SELF-WORKING…no sleight of hand! It’s so easy anyone of any age can easily do it immediately!

ACES IN THEIR MINDS takes it up a notch by adding diabolical equivoque. Even though the spectator makes all of the decisions the Aces FLY to whereever the spectator decides…simply breathtaking!

ACES IN THEIR EYES is simply the most convincing vanish sequence ever devised for an ace assembly. Eye-popping, yet easy to do!

Instant Reset
Over 55,000 Sold
Skill Level From Self-Working To Advanced

Get Bob Kohler – Aces In Their Faces with Digitdl.com