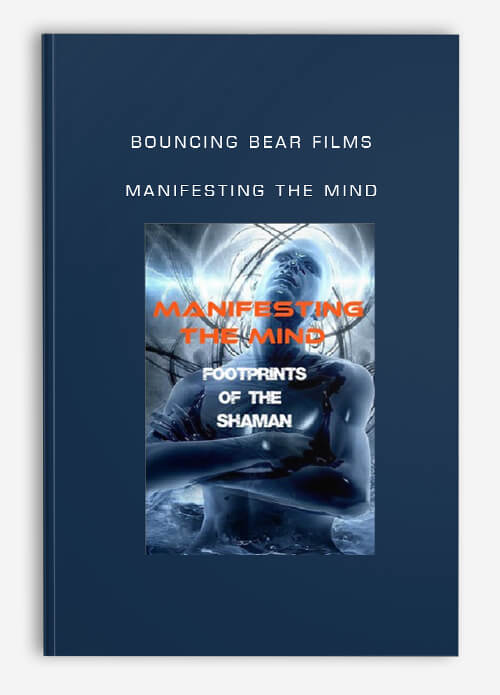 Manifesting The Mind, a documentary on Psychedelics & Shamanism from ‘Bouncing Bear Films’ featuring interviews with renowned experts such as Daniel Pinchbeck, John Major Jenkins, Dennis McKenna, Nick Herbert, Alex Grey & Dr. Rick Strassman to name a few. This is the first release from Bouncing Bear Films which comprises of Andrew & Jennifer Rutajit and all other folks from Bouncing Bear Botanicals. ‘Manifesting The Mind‘ gives us a broad perspective on psychedelics, how we can benefit from them and why is the use of psychedelics suppressed by the mainstream media and governments of the world.

Andrew Rutajit attended college for film, but left the field to pursue the writing of his two books, Astrotheology & Shamanism (co-author) and The Vestibule (author). Although his focus was on writing for several years, his passion has always been film – namely directing and production. Andrew brings years of experience and a dynamic vision to all of his work. In 2007, Andrew produced The Pharmacratic Inquisition with Jan Irvin and realized film was where he wanted to focus his creative energy. His first film was well received and became a catalyst for Andrew’s current projects. He works with his wife, Jennifer, a writer by trade. She serves as associate producer for all films. Andrew also lectures on various topics, such as religion and entheogens. In addition, Andrew has also dabbled in art and music; as a result, he produces original music and graphics for his films.

Andrew is also the co-owner of Gnostic Media, which is a multimedia production and publishing company geared toward the separation of mythology and reality – historical accuracy.

Jennifer attended college in Boston for art history and has been a copy writer/editor, substitute teacher and curriculum writer. Jennifer is an advocate for various causes, such as animal rights.

With the help of Bouncing Bear Botanicals, they founded Bouncing Bear Films and ‘Manifesting The Mind’ is the first of a 3 part documentary series called ‘Footprints Of The Shaman’ to be released by the spring of 2009.

Part 2 will include a discussion with Dennis McKenna, DM Murdock, Timothy Freke, and Peter Gandy on the topic of religion. Several others will be interviewed in this film but these four authors will help lead the way. Part 3 is a discussion on the topic of Christmas. One may ask, “What does Christmas have to do with the ‘Footprints of the Shaman’ ?” This is a good question and we assure you that this question will be settled by the end of this film.

Get Bouncing Bear Films – Manifesting the Mind with Digitdl.com