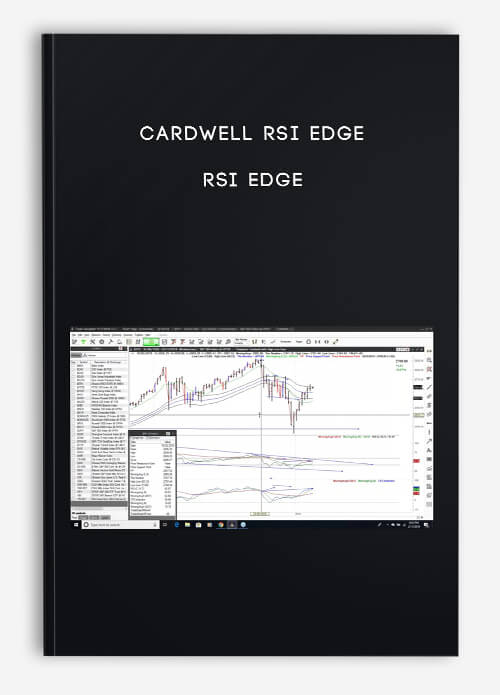 The EDGE Course takes what is first learned in The Basic Course to a whole new level of understanding and insight into the markets. The course comes with 10 audio cd’s (about 11 hours again) of the audio to go along with the charts and illustrations in the manual. In this level Andrew includes some of his proprietary trend and trade models.

He also shares his personal RSI which he first called the Cardwell Financial Group Momentum Oscillator. He has since renamed it The “CFG”. Many of his students actually look to the CFG before they look at the RSI. This level, though it is presented as a course, it can actually serve as a reference manual for your trading. (The RSI EDGE also includes 2 hours of private consultation as well.)