Charles R. Kelley – Life Force – The Creative Process In Man And In Nature (2004) 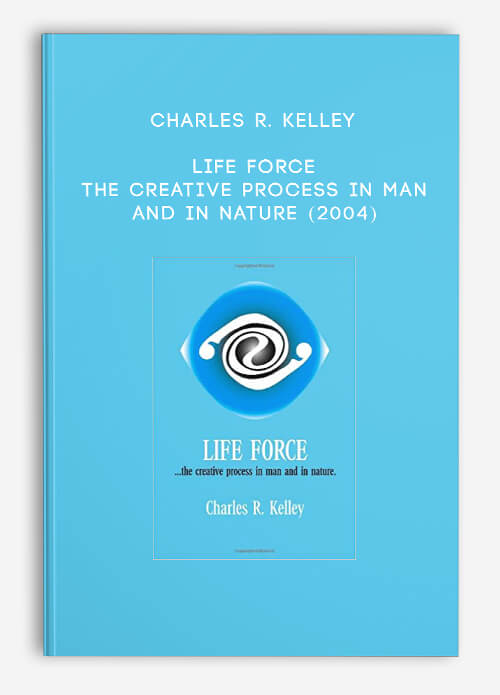 Charles R. Kelley – Life Force – The Creative Process In Man And In Nature (2004)

Charles R. (Chuck) Kelley, Ph.D. is a philosopher of science, an explorer and engineer of the life force, and an applied experimental psychologist. He was a student of Wilhelm Reich, and after Reich’s death in 1957 he published The Creative Process, America’s only scientific periodical devoted to furthering Reich’s work at that time. By the late sixties he developed his own system of Radix® education in feeling and purpose, and he and his wife Erica ran a retreat center in California until 1987, offering residential programs and training professionals from around the world.

Apart from his reputation in the personal growth field, Kelley has served as a professor and scholar on the faculties of several universities, and was Chief Scientist with a firm of human factors engineers, at which time John Wiley & Sons published his MANUAL AND AUTOMATIC CONTROL. As a Visiting Scientist in Europe under sponsorship of the NATO Division of Scientific Affairs, he addressed topics such as “Man and Technology” and “Mechanism and Mysticism.” He was made a Fellow of the American Psychological Association, the American Psychological Society, and the Masters and Johnson Institute, and a Diplomate in sexual research by the American Board of Sexology.

A former weather forecaster, he published A NEW METHOD OF WEATHER CONTROL in 1961 describing his experiments with a device built by Reich to influence the weather. Other writings about Reich, Radix and the life force have appeared across the years in The Orgone Energy Bulletin, The Creative Process, The American Psychologist, Energy and Character, The Journal of Humanistic Psychology, Pilgrimage, and The Radix Journal, and in numerous books and monographs.

Kelley continues to study and teach about the life force while enjoying the beauties of the Pacific Northwest and the close proximity (but not too close!) of his children and grandchildren.

Get Charles R. Kelley – Life Force – The Creative Process In Man And In Nature (2004) with Digitdl.com

Be the first to review “Charles R. Kelley – Life Force – The Creative Process In Man And In Nature (2004)” Cancel reply

The Path of Feminine Fulfillment by Devaa Haley Mitchell