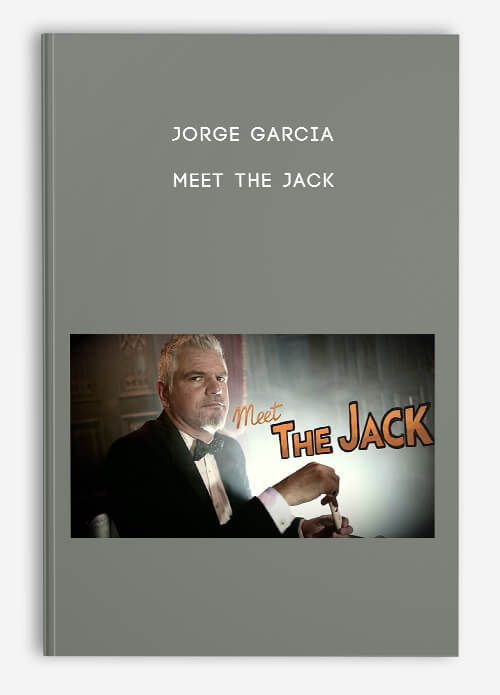 **Free Worldwide Shipping On This Product

Jorge Garcia better known to many as The Jack has performed and lectured in over 20 countries.

He’s a regular face on television in his native Argentina and has also performed at the world famous magic castle no less than 6 times!

On his first DVD The Jack shares 8 of his favourite and most powerful Mentalism creations and performance pieces, including To Lovecraft, Jorge’s brilliant and acclaimed version of the classic Pegasus Page effect.

Each effect is performed in front of a live audience and later joined by Peter Nardi they dissect and explain every effect in great detail back at the Alakazam studio.

It’s time for you to Meet The Jack!

This is the Jack’s awesome take on the classic Pegasus Page effect.  The great thing about the Jacks version is that you get to give the book away at the end!!

The Jack predicts the outcome of a three person game of Rock, Paper, Scissor.  This effect packs so small yet plays sooo big.

A Think and Stop Card Trick

This is The Jack’s go to impromptu effect.  Perform it with any shuffled deck. No memory, no set up and no sleights!

Another effect that packs small but plays huge!  A multiple prediction effect that’s a sure fire winner!

An awesome 5 minute routine using nothing more than a real blindfold and a deck of cards. Jack’s Blindfold act has multiple phases that get more and more impossible

This is one of our favourite concepts on the DVD.  It is totally impromptu and can be used for many different revelations!

Jack’s take on this classic plot is mystical and touching.  A perfect way to evoke emotion from your spectator.  This one effect could actually change their life!

As a bonus, on the DVD you will also receive PDF’s of many of the routines so you can print them off and learn them anywhere!

Get Jorge Garcia – Meet the jack with Digitdl.com