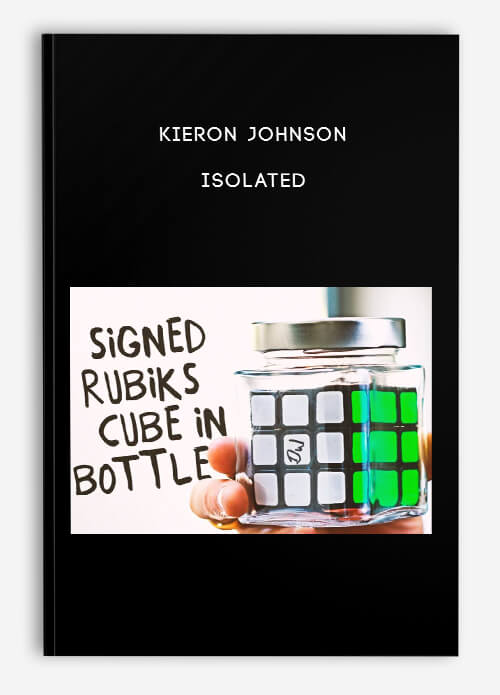 ATTENTION! YOU DO NOT NEED TO KNOW HOW TO SOLVE A CUBE TO DO THIS TRICK.

SIGNED RUBIKS CUBE IN BOTTLE. YOU HEARD THAT RIGHT.

Object to impossible bottle is THE most talked about trick in magic. It sends audiences spinning.

Dynamo did it with a phone, Jamie Grant became a staple of Ripley’s Believe it or not by putting a deck inside a bottle. Now Kieron Johnson is changing the industry by putting a signed rubiks cube in bottle.

Even with the power of 10,000 suns, it cannot be taken out. Let them shake, rattle or spin it to their heart’s content. It’s trapped for good.

“Very direct and practical. I can’t wait to use it in my show!” – Henry Harrius

“Kieron has evolved the cube in bottle effect to create a powerful weapon in cube magic.” – Takamiz Usui

Like Isolated will, Cube magic is taking the world by storm lately, appearing on every major TV Talent show in some form or another. The hard part is finding one that hasn’t gone viral.

Audiences know how difficult solving a cube is, so instant solves are impressive… but their cube appearing trapped in a small glass jar is literally MAGIC.

In over 2 hours of extensive explanations you’ll learn Kieron’s many ways of fitting this easily into a routine. A true worker, he performs this multiple times at every walk-around gig to every single stage appearance.

The cube gets into the bottle in seconds and is 100% examinable.

“Isolated is a perfect example of Kieron’s deviously creative and yet obviously practical approach to performing with a Rubik’s Cube.” – Karl Hein

In this jam-packed project you’ll be able to take your first leap into the world of cube magic. Or for seasoned pros, finish with a climax that isn’t just impressive, it’s impossible.

We didn’t believe it, until we saw it.

Get Kieron Johnson – Isolated with Digitdl.com

Be the first to review “Kieron Johnson – Isolated” Cancel reply