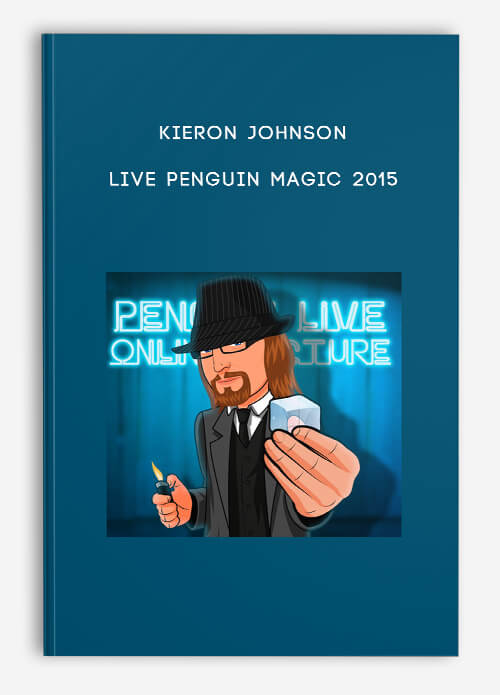 “Such brilliant, mad, obsessive thinking that has created spectacular effects. You are a true one off. Keep up the brilliant work!” – Andy Nyman

“A polar vortex has hit the magic world.” – Wayne Dobson

“Kieron is a genius.” – Fay Presto

“There’s close up magic, stage magic, and then there is Kieron’s magic. His unassuming child like persona just sets you up to blow you away with his ingenious magic and incredible methods. He caught my attention when I first set eyes on him. I am proud of him from person to magic.” – Your fan, Rocco
What will he teach?

Kieron’s lecture title is Kieron Johnson: Magic for the Insane, so what lies ahead is impossible to predict. What we know is this: We will learn how to perform magic with flash paper, sweets, cans, ice, coins, body tricks, sleeving, cards, metal bending, heat, flowers, chocolate bars, eggs, sharpies, business cards and magic with stickmen! And, this is no dealer demo style lecture. Kieron will be teaching you how to make all of his effects in full detail! You do not want to miss this!
Who is he?

Kieron arrived on the magic scene with a bang in the form of his ‘To The Max’ DVD, an effect which leaves the spectator with a block of ice in their hand and a true sense of astonishment. Since then, Kieron has unleashed his highly acclaimed ‘Chaotic’ DVD, the ultimate finale to any impossible card location effect in ‘Remaxed Iceolation’ and the insane effect of ‘Too Hot to Handle’.

Kieron has been awarded the Best Magic Trick Online of 2013 and 2014, has received multiple 5 star reviews and was also the War of the Wizards International Champion in 2013. In addition to this, he is one of only a handful of regurgitators in the world.

A former resident of (what was at the time) the UK’s only magic bar, Kieron has since performed and lectured both in the UK and internationally. He has consulted for the hit shows Tricked and Troy and has had many of his effects performed on TV by various magicians from all over the world. Kieron believes there is no limit to achieving a magic effect and is highly influenced by the work and ethics of Max Malini and Rocco Silano.
If you could ask ONE question to one of the world’s most creative professional magicians, what would it be?

If you’ve never been to a magic lecture, there’s never been a better time. Sunday, November 29th, at 7:00pm, we’re live-streaming Kieron Johnson LIVE in a spectacular 2-hour interactive online lecture. Watch, ask questions, and learn things you won’t find in any book or DVD.

Purchase the Kieron Johnson LIVE product. This is your ticket.
On Sunday, November 29th, anytime before 7:00pm Eastern, click the MyPenguinMagic area at the top of the Penguin site. You’ll see the livestream appear 1 hour before showtime. At 7pm sharp, Kieron will hit the stage and begin his JAM-PACKED professional lecture.
Sit back and watch over 2 hours of DVD-quality live streaming magic from the comfort of your own home.
Ask Kieron questions and discuss the tricks DURING the lecture.

This lecture is for everyone, from the beginner to the professional and for magicians and mentalists alike. Don’t miss it!