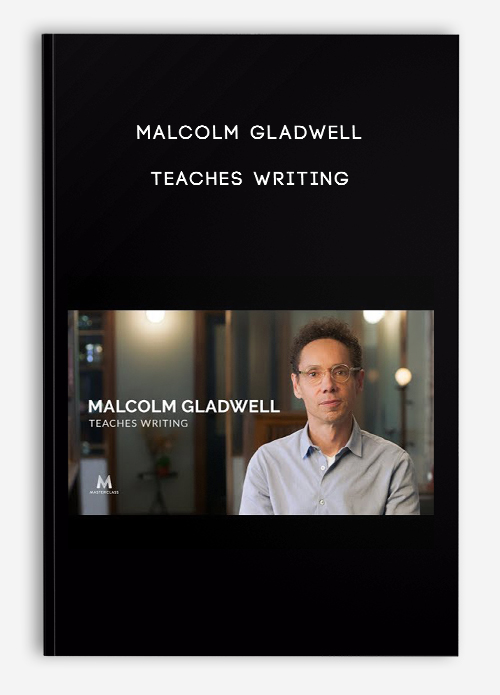 Meet your instructor—best-selling author and longtime New Yorker staff writer, Malcolm Gladwell. Malcolm outlines what he has planned for your class and reflects on the idea of writing as a calling.

Malcolm likes an imperfect argument—the perfect argument is too obvious. Learn how Malcolm builds an open-ended puzzle into his story, “The Ketchup Conundrum.”

Learn how to use surprises, guessing games, and suspense to invite readers into your story.

Malcolm shares his guiding principles to uncovering a good idea for a story through research.

What makes a story worth pursuing? Malcolm talks through his criteria for spotting a unique story and the first steps of story development.

Learn how Malcolm grows the idea of a story, and how he tests new ideas with family and friends.

Using David and Goliath and “What the Dog Saw,” Malcolm teaches you how to look for patterns and draw connections between seemingly disparate ideas.

The interview is the critical foundation for developing character in nonfiction. Malcolm teaches you how to conduct an interview to uncover what is uniquely interesting about your subject.

Malcolm breaks down two pieces of his own writing—one written for The New Yorker and one for a medical journal—to illustrate how he brings a new character to life.

If you could choose to describe a character by the way they look, or by what they keep in their bedroom, Malcolm says to choose the bedroom. Learn how to use the setting and action around a character to build their personality.

Malcolm believes that when you reveal story is just as important as what that story is. He explains this idea with an in-depth look at one of his favorite characters, late-night television pitchman Ron Popeil.

Learn how Malcolm uses sentence length and punctuation to guide readers through a sophisticated idea.

Using a New Yorker article he wrote about a company testing out a new drug, Malcolm demonstrates how to employ jargon to hook your readers.

Malcolm explains how to calibrate your tone for your readership using examples from his book David and Goliath and his own public speaking Q&As.

Malcolm feels that restraint is essential in the production of real emotion. Learn how to introduce humor and melancholy to form deep connections with your readers.

Using his essay “Something Borrowed” as an example, Malcolm demonstrates how to use language and emotion to build a powerful narrative.

For Malcolm, a title is the ultimate attention-grabber. Learn how to write powerful titles that will speak to your reader’s emotions.

Getting a piece of writing to a finished state is a process. Malcolm walks you through his approach, from first draft to final polishing.

Once your story is published, the world will respond. Learn Malcolm’s tips for promoting your work, dealing with critics, and what to do when readers misinterpret your intent.

Learn Malcolm’s advice for aspiring writers, including how to launch and maintain your career as a professional writer.

Malcolm believes that you can’t become a great writer without being a great reader. Learn Malcolm’s strategies for critical reading.

Malcolm breaks down the strengths of some of his favorite writers: Lee Child, David Epstein, Michael Lewis, and Janet Malcolm.

Malcolm delivers his parting words about the true intent of nonfiction writing.