Category: Everything Else Tag: Michael Hauge - The Hero's Two Journeys 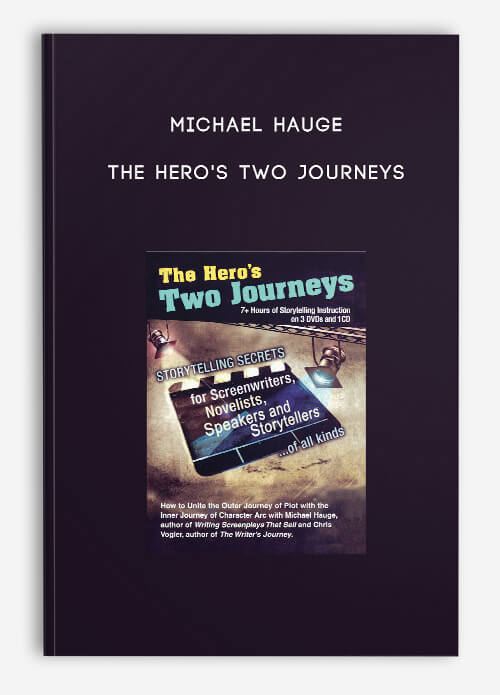 MICHAEL HAUGE has been one of Hollywood’s top script consultants, story experts and authors for more than 30 years. He coaches screenwriters, novelists, filmmakers, professional speakers, internet marketers and corporate leaders, helping transform their stories and their audiences using the principles and methods of Hollywood’s most successful movies. Michael has consulted on films starring – among many others – Will Smith, Tom Cruise, Reese Witherspoon, Julia Roberts and Morgan Freeman, and has presented lectures and workshops to more than 70,000 participants worldwide. He is the best selling author of Writing Screenplays That Sell (now in its 20th Anniversary Edition), and Selling Your Story in 60 Seconds: The Guaranteed Way to Get Your Screenplay or Novel Read. According to Will Smith, “No one is better than Michael Hauge at finding what is most authentic in every moment of a story.”

Christopher Vogler is a highly sought-after Hollywood development executive and a respected teacher of filmmakers and writers around the globe. He has worked for Disney, Warner Bros., Fox and many other major studios and production companies, and has influenced the screenplays of movies from THE LION KING and FIGHT CLUB to BLACK SWAN and NOAH. His international best seller The Writer’s Journey is required reading for movie executives, screenwriters, playwrights, scholars, and fans of pop culture all over the world.

Character arc, transformation and theme from both a psychological and a mythical perspective.

The Journeys of
Erin Brockovich

Chris and Michael apply and debate the principles to a specific blockbuster film and character.

“This is a once in a lifetime opportunity to see two of Hollywood’s finest and smartest teachers combine their masterful approach to plot, character and commercial success.”

Rich KrevolinScreenwriting Professor at USC; Author of Screenwriting From the Soul and How to Adapt Anything into a Screenplay

Get Michael Hauge – The Hero’s Two Journeys with Digitdl.com