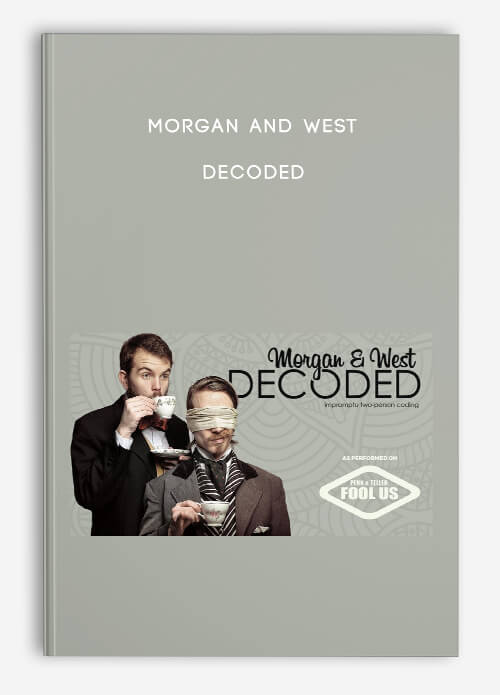 This two-disc DVD set is unlike any you have experienced before. On Decoded, Morgan & West reveal the artistry behind their “code” act. You’ll learn how to secretly communicate with an onstage partner to divine serial numbers, the value of pocket change, a randomly chosen word from a book, and much, much more.

But what if you don’t have a partner on stage? The entirety of disc one is dedicated to learning their fantastic technique for training absolutely anyone to divine information and objects on the spot, within two minutes. You can secretly loop in a friend or spouse to perform magic with you, without any advance rehearsal or preparation, and have the same impact as a professional double-act.

No electronics or phones are needed; the entire system is based on the words, pauses, and body language you use onstage, and these closely guarded secrets are being revealed for the first time by the inimitable Morgan & West. As one of the UK’s most popular double-acts, Morgan & West perform on stages around the world as Victorian time-traveling magicians. You will see footage from their live show using the techniques on Decoded.

Get Morgan and West – Decoded with Digitdl.com

Be the first to review “Morgan and West – Decoded” Cancel reply