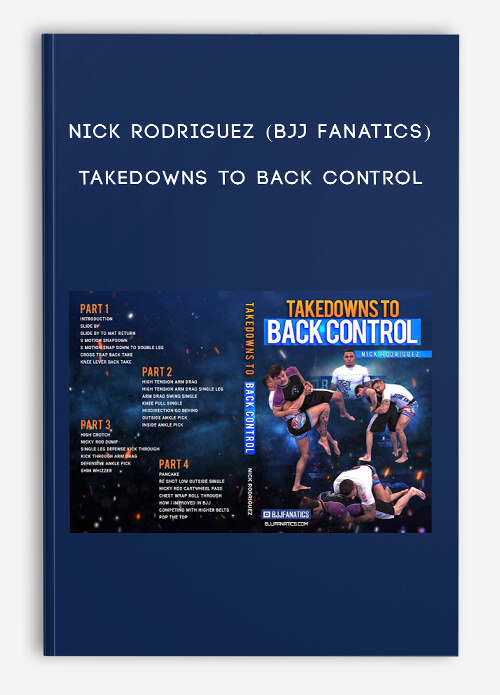 No six pack? No problem. Nicky Rod shows the wrestling and back takes he uses that anyone can do to shoot, score, and always be attacking
Wrestle and win like ADCC Silver Medalist Nick Rodriguez as he shows the takedown combinations and back takes that became the winning system against the world’s elite black belts
Even though Nick is a physical specimen, he’s competing against other guys just as fast and strong who have way more experience
Even if you don’t have the biceps of abs of Nicky Rod (not many do…), then don’t worry! This is a series built around technique and leverage
Become more dangerous from everywhere

Get Nick Rodriguez (BJJ Fanatics) – Takedowns to Back Control with Digitdl.com