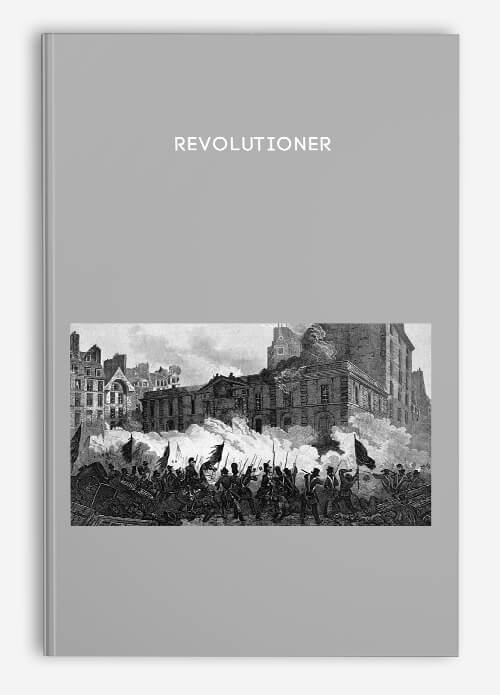 “If you want to find the secrets of the universe, think in terms of energy, frequency and vibration.”

– Nikola Tesla
Frequency and Vibration Is The Key

Everything is vibration because, at the lowest microscopic level, you will notice subatomic particles and electrons are vibrating at a certain frequency. Vibration is what makes up everything to be uniquely what it is.

The ultimate goal of the Revolutioner Project is to promote healing by bringing the body to its natural resonating frequencies. Over the last 4 years, since the start of the project, we’ve done thousands of tests to implement different successful studies into the program.

One of the cornerstone studies is the one done by NASA. NASA discovered that low-frequency electromagnetic field signals stimulate neural stem cells. These particular signals were able to increase growth of stem cells by 400%. It was also discovered that DNA was dramatically improved where 175 maturation (aging) genes were downgraded, and 150 growth and cellular proliferation genes were enhanced. More detail on this study can be learned from the publication here.

This means that it is possible to promote healing and reverse aging with low-frequency pulses.

Please note that the Revolutioner program is not a replacement for medical or psychological treatment and is not intended to diagnose, treat, cure or prevent any disease. It is a tool to use in addition to your current treatment.

Scroll down to learn more of how it works and how to use it every day.
Once You’ve Registered

Once you’ve registered, you can download the iOS (Apple) or Android app or use an internet browser to access your sessions. You’ll have access to Level 1 which consists of 30 sessions (one for each day).

To start a session, just tap or click on the session link and it will start playing. You must close your eyes and do nothing else for the duration of the 12 minutes. All you have to do is listen. The sessions will work as it should.

After every 30-day period, you’ll be able to mark a level as complete, which will give you access to the next level. The program has a total of 30 levels.

Listening to a new session every day is important. We alternate the stimulus and strength of the sessions in every level. This is necessary because just like your muscles respond better to different exercises, the brain also responds better to different stimulations. If you listen to the same session every day, your brain will get used to it and the results won’t be that effective.

We recommend that you listen to one session once a day. It is enough for the brain to pulse the frequencies throughout the entire day. If you take a nap during the day, you can choose to redo a session after your nap.

With Revolutioner, you will start to notice a difference even after the very first session. After the 1st month you should experience a massive improvement.
The Cost to Register

We believe that this technology is the future of well-being and we are striving to get this in the hands of as many people as possible. Enabling people to live a healthy life is the mission of this project.

The fee is $30 per month. There are no contracts or penalties for cancelling. Please note that you have access to the sessions for as long as your membership is active.

If you’re not satisfied with the results you’re getting, just send us an email and we’ll cancel your membership immediately. No questions asked.

Take the time now to decide if you’re going to do this program and make the change that is needed. You can register below.

Healing Starts In The Brain

The brain is an electromagnetic field system that pulses electrical signals. These signals are called brainwaves. Brainwaves run at different speeds which are measured in frequency (Hz). The dominant speed or frequency of the brain is extremely important to one’s health. When the brain runs at a speed of between 8Hz and 12Hz, the body is completely relaxed and stress-free. That is one of the reasons why healing occurs in the brain and body at those particular speeds.

In the Revolutioner program, the user listens to a 12-minute audio session every day. The 12 minutes of sound pulses a square waveform soundwave at those low frequencies. The soundwave stimulates the brain in that same range and in return the brain pulses electromagnetic signals of 8Hz to 12Hz to the entire body.

This process enables the brain to pulse the low frequencies on its own without an outside electromagnetic signal. It therefore provides a safe and continues healing frequency throughout the entire day.
The Technology Behind It

The Frequency Following Response refers to the brain’s electrical response to rhythmic sensory stimulation, such as pulses of sound or light.

When the brain is presented with a rhythmic stimulus, such as a pulsing tone, the rhythm is reproduced in the brain in the form of electrical pulses. Your brain synchronizes with the tone. For example: A pulsing tone of 10 beats per second will result in brainwaves pulsing an electromagnetic field signal of 10Hz.

The low frequencies of the Revolutioner sessions are embedded in a 2-minute audio tone. The user only has to listen to the short audio session for the brain to produce the healing frequencies.

The effects of the Frequency Following Response were first discovered by Dr. Gerald Oster and reported in the October 1973 issue of Scientific American. Revolutioner has further developed this technology and created a program specifically designed to promote healing.
We Recommend Using Headphones

Headphones are not required but is recommended. This will make sure that any outside noise is cancelled out.

We get many people asking us how is it possible to stimulate low frequencies if humans can only hear sounds between 20Hz and 20 000Hz and that most headphones have a range of 20Hz to 20 000Hz.

The answer is this: Even though the low frequencies stimulated are below 20Hz, the carrier frequencies are well between 20Hz and 20 000Hz.

Therefore any pair of headphones will be sufficient. If this makes no sense to you, don’t worry, it’s not important to understand.
Studies on the Frequency Following Response

Joyce, M. and Siever, D., 2000. “Audio-Visual Entrainment (AVE) Program as a Treatment for Behavior Disorders in a School Setting.” Journal of Neurotherapy. 4, 9-25.

Ossebaard, H. C., 2000. “Stress reduction by technology? An experimental study into the effects of brainmachines on burnout and state anxiety.” Appl Psychophysiol Biofeedback. 25, 93-101.

Vichitvejpaisal, P., 2012. “The Effect of Binaural Beat Audio on Operative Anxiety in Patients Undergoing Local Anesthesia for Ophthalmic Surgery.” (Publication in a peer-reviewed journal is forthcoming)

We recommend the following additional readings.

Hawes, T., M.ED., ED.S. “Using Light And Sound Technology To Access “The Zone” In Sports And Beyond”

Lubar, J. O., and J.F. Lubar. (1984). “Electroencephalographic Biofeedback of SMR and Beta for Treatment of Attention Deficit Disorders in a Clinical Setting.” Biofeedback and Self Regulation 9, no. 1, 1-23

Krulikowski, D.I. (1981). “EEG and behavioral changes in a hyperactive child concurrent training of the sensorimotor rhythm (SMR). A preliminary report.” Biofeedback and Self-Regulation, 1, 293-306.

Lubar, J. F. (1991). “Discourse on the development of EEG diagnostics and biofeedback for attention-deficit/hyperactivity disorder.” Biofeedback and Self-Regulation, 16, 201-225.

Margolis, B. (1966) “A Technique For Rapidly Inducing Hypnosis”

Trudeau, D. (1999). “A Trial of 18 Hz Audio-Visual Stimulation (AVS) on Attention and Concentration in Chronic Fatigue Syndrome (CFS).” Presented at the Society for Neuronal Regulation.

Utter, C. P. (1996). A controlled study of the effects of neurofeedback training on IQ and EEG patterns for ADD subjects. Unpublished manuscript. College of Wooster.

Be the first to review “Revolutioner” Cancel reply

Treating Complex Trauma Clients at the Edge by Frank Anderson

High Risk Clients: Effectively Handle Five of the Most Critical Scenarios You’ll Face as a Clinician by Paul Brasler

How the Body Releases Trauma and Restores Goodness by Peter Levine

Cultural and Historical Traumas: Invisible Barriers to Healing and Change by Anita Mandley