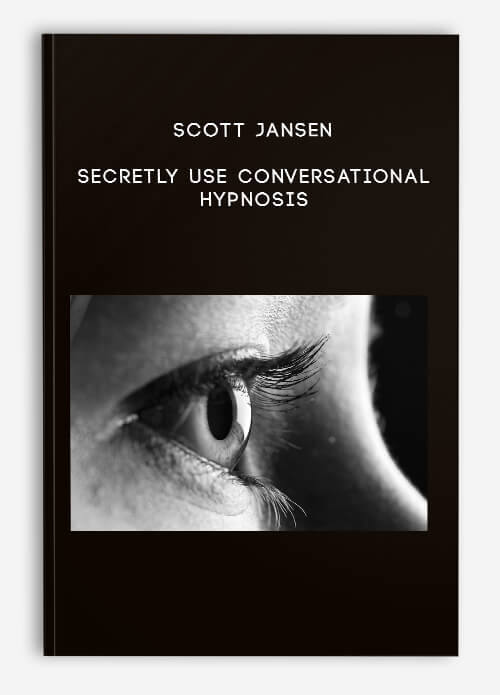 Secretly Hypnotize Without Being Caught with powerful covert hypnosis Are you curious about how you can use highly effective hypnosis in public? Or maybe you have found that using traditional hypnotic language just doesn’t fit into normal conversation. In this program, you will master the art of using covert and conversational hypnosis in any conversation and at any time. And best of all, you will do it all secret inside regular conversation What you will learn:

How to covertly use hypnotic methods that bypass conscious thinking and directly influence the unconscious mind
And so much more.

Get Scott Jansen – Secretly Use Conversational Hypnosis with Digitdl.com