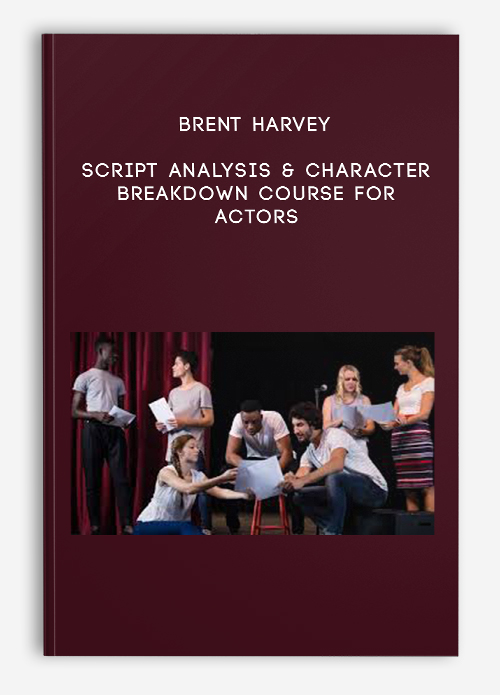 Advanced Acting Tools for Actors to develop and connect to the world within the script.

Many actors find themselves stuck in their work, they don’t know how to move their work forward and take it deeper, they rely on their teachers or directors to draw their best performances out of them. Many feel lost with no way to guide themselves through it and therefore they feel like failures.

This course is designed for actors at any level, beginner to advanced, who are seeking new tools to add to their toolbox, on their own time and at their own pace. This isn’t meant to replace your ongoing class, but to add to it.

This course will teach the actor how to:

Join the course today and get started on Empowering Your Self Sustaining Actor.

Brent Harvey is an professional actor in Hollywood, known for the Showtime series ‘Submission’ as well as Investigation Discovery’s series ‘Murder Book’ and ‘Coroner: I Speak for the Dead.’ He starred in independent action film ‘Natural Vice’ and directed a powerful short film ‘Dive’, about a gay boxer in 1970’s who is blackmailed into throwing the fight by his estranged best friend.

Some of the influential individual Brent has worked with are industry leaders like, Al Pacino and David Fincher.

Brent began teaching acting in 2011 at one of the top rated acting studios in Los Angeles. During his time teaching he guided and mentored thousands of actors from all ages, backgrounds and at different levels in their careers, from beginners to established tv and film stars.

Brent’s success as a teacher is attributed to the fact that he teaches the way he wants to be taught, his continued education as an actor himself as well as his instinctual ability to quickly and specifically find the actors block, and help them to realize it and release it in a stern yet loving way. In the end he only wants to help actors succeed for the fact that he never had a mentor or someone encouraging him a the beginning of his journey into the entertainment business. He feels helping other succeed is success for us all.

Brent was born in Indianapolis, Indiana. After serving in Iraq as a Marine Corps Combat Photographer he moved to Los Angeles study acting and directing. Brent’s passion is acting, but occasionally he finds a project that takes him behind the camera. He also is an advocate for Human Rights and has created a company that promotes empowering women that donates to multiple non profit women’s causes around the world.

Get Script Analysis & Character Breakdown Course for Actors by Brent Harvey with Digitdl.com

Credit Mentor: The Most DETAILED Course on the Market