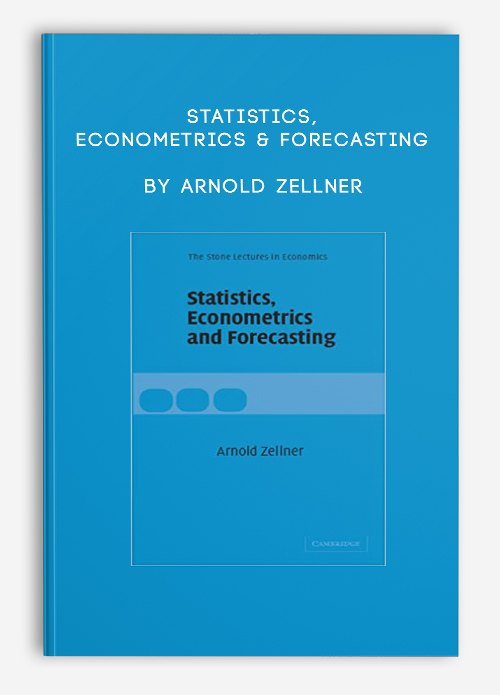 This book is based on two Sir Richard Stone lectures at the Bank of England and the National Institute for Economic and Social Research. Largely non-technical, the first part of the book covers some of the broader issues involved in Stone’s and others’ work in statistics. It explores the more philosophical issues attached to statistics, econometrics and forecasting and describes the paradigm shift back to the Bayesian approach to scientific inference. The first part concludes with simple examples from the different worlds of educational management and golf clubs. The second, more technical part covers in detail the structural econometric time series analysis (SEMTSA) approach to statistical and econometric modeling.

“I found it a stimulating book. It offers valuable insights on Arnold Zellner’s approach to ‘good’ research, demonstrating how productive and novative research may emerge. Also entertaining were the various anecdotes.” – Markus Leippold, University of Ziurich

Written by one of the foremost practitioners and exponents of econometrics in the world, this book describes the structural econometric time series analysis (SEMTSA) approach to statistical and econometric modeling, and provides a careful analysis and appreciation of the paradigm shift back to the Bayesian approach to scientific inference.

You want to learn about Forex?

Get Statistics, Econometrics & Forecasting by Arnold Zellner with Digitdl.com

Be the first to review “Statistics, Econometrics & Forecasting by Arnold Zellner” Cancel reply