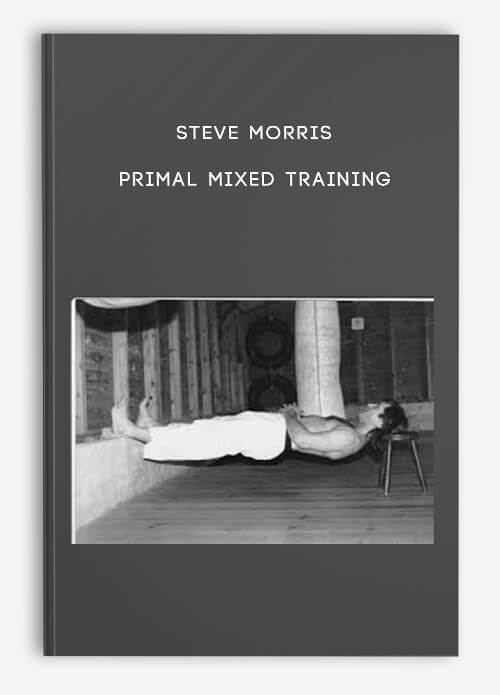 NOTE: If you choose digital download, we will send you download instructions by email. Please note that this is not an instant download–it has to be done manually at our end and can take 1-2 days depending on time zone.

In this session at Primal I try to lay out the fundamental methods we use for training. We approach MMA training in a way that addresses the entire game from standup to ground. Naturally, within a single afternoon I couldn’t include every detail, every piece of equipment, or every permutation of the many drills I introduce here. However, I try very hard to get across the principle of how the overall training is structured so as to break the fight down into snapshots, addressing each snapshot individually through technical drills, fighting drills and conditional fighting. I also show examples of how the snapshots can be put together again to reconstitute aspects of the fight in various ways. You can take this DVD and run with it.

I want to inspire you to train in a way that doesn’t rely on rote learning of technique, or on the separation of technique from application. I give you an inside track on how to train, as an individual and as a group. The age range of people included in this session runs from Dan and Kish at 16 to myself at 64. There are a couple of older guys there besides myself. There are women. And the fitness and experience level of the group varies dramatically. However, everyone is doing the same training. Everyone can do this. I made the DVD not as an example of a typical Primal session, because that’s just a hard four hour workout, sometimes with a specific focus, in which the core group already knows what they’re doing and I don’t need to explain a lot. I made this film for people who are new to this approach, and I tried to pack in as much information as I could without giving a lecture. This is very much a ‘doing’ video.

The DVD also includes ways you might go about enhancing those attributes that are necessary to fight with. Certain key principles come up again and again on this DVD. These are related to movement; for example, use of the head, rhythm and timing, and how to enhance power development and penetration through dynamic tension. Also, there is a significant element of training psychology that includes positive methods of beasting and other drills that address psycho-physiological and physical attributes necessary to fight with. This DVD will allow you to take your training to another level.

It’s suitable for those already training in MMA, but equally suitable for those looking to make the transition from a traditional art into MMA. I give you everything you need to do that, and once you’ve understood the way I organize the training, you can make progress very rapidly. This is a coherent, cohesive training framework that can work for individuals as well as instructors; it can provide you with the right direction without straitjacketing you. I want to encourage progression and experimentation in fight training.

Skipping * set the pace for a footspeed practical for fighting * speed that comes from the whole body * vocalization/breathing to confirm rhythm * doubling the beat so you can break the rhythm * skip plyometrically, beginners should use straighter leg * diagonals and criss-cross * increase hand speed to increase foot speed * if you’re having a problem hold the rope in one hand at a time * working shoulder, elbow, wrists using variable rotations

pummelling progression to conditional fight * as two grapplers, one has mission to go to ground, other not

Man on standing bag drill with opposition* man with belt around his waist and people holding him back * people grabbing him, everybody tries to stop him * he hits the bag like a maniac * ‘permission to go crazy’

Striking mini-clinic: some technical tips * using small ball, bag, and wall * how to get faster initiation * how to get more finish* shot put throw for simultaneous release * whip-like throw for sequential release * using the body weight * using the head to drive the body * withdrawal reflex (hikite) to initiate the movement* isometric pressing of punch or kick on wall to to neurally load explosive finish