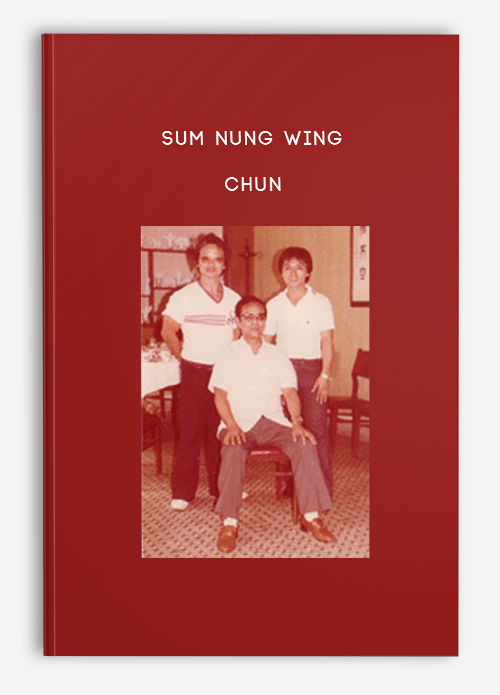 Difficult to Research the Origins & Development Kwok Wan-Ping says, “Today, if you want to trace the origins and development and find out what happened a long time ago its very difficult. You commonly hear two different origins. One is that Jee Shim taught it to the Red Junks. The other is that it comes from Ng Mui. After this, this boxing art spread to a few people on the Red Junks. After, Fung Siu-Ching, Yuen Kay-San, and Cheung Bo’s skills were all passed down to Sum Nung.” New Martial Hero: “So, is this Wing Chun Kuen different then Yip Man’s?” Kwok Wan-Ping: “I don’t know much about Mr. Yip Man’s Wing Chun Kuen. I can only tell you about the Wing Chun Kuen I learned. This Wing Chun has the three fundamental forms of Siu Lien Tao (Little First Training), Chum Kiu (Sinking Bridge), and Biu Jee (Darting Fingers). It also has Sup Yee San Sao (Twelve Separate Hands), and more the 150 Wooden Dummy techniques. These are the important points for training wrist power. “Do you have a Wooden Dummy?” “Yes, we have the Hong Jong (Air Dummy) and the Yut Jong (Real Dummy). I learned Wing Chun Kuen with sunken chest and dropping shoulders. The body shape faces the side.” “You go to the side for simultaneous canceling and hitting?”

“Yes, but we have front body, facing body, chasing body, etc. For example, when I am at the center, I can follow the opponent with my stance like the radius of a fan.” “You said Air Dummy and Real Dummy before, what does that mean?” “They are two methods of training the dummy form. One trains flexibility, the other power.” Wing Chun Kuen Kicks Are Not Higher Than the Chest “Kwok sifu, does Wing Chun Kuen have leg techniques?” “Yes, but never higher then the chest, like Invisible Kick, Heart Piercing Kick, Tiger Tail Kick, Lifting Groin Kick, Side Nailing Kick, etc. “And Weapons?” “Wing Chun Kuen has Yee Jee Kim Yeung Dit Ming Do (Parallel Shaped Groin Clamping Life-Taking Knives) and Luk Dim Boon Gwun (Six-and-a-Half-Point Pole). “I’ve heard the pole has a Dummy too?” “The Six-and-a-Half-Point Pole has a Dummy, but since there is not a lot of space it’s easier to use a ball hanging from a string. The aim is to train speed and accuracy, there’s no secrets.” “Kwok sifu, I saw you teach your students before and some of the movements did not look like Wing Chun Kuen.” “Those were Gai Bun Gung (Basic Work). You have to train the whole body- joints, muscles, and tendons. It’s just basic work. Its goal is to build power, inner strength, speed, flexibility, and softness. In my opinion, when learning kung-fu, the basic work is the mother of the fists. I studied at the Guangzhou and Wuhon  Sports Institutes where these exercises come from. They’re important so I never forgot them. In every activity, you need good basics, fist fighting is the same.”