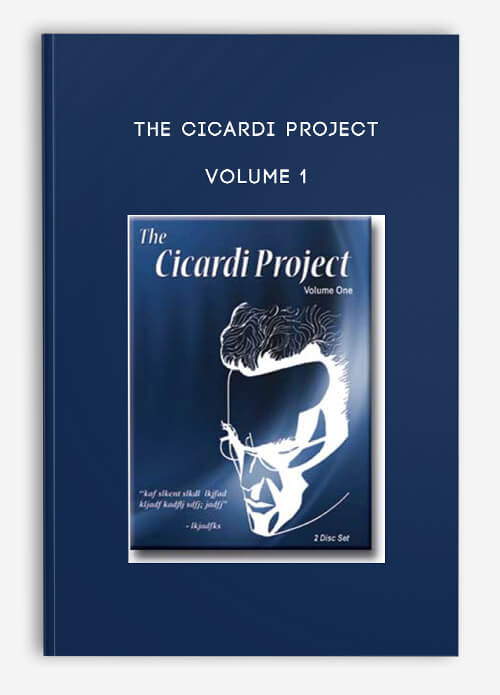 Quick — name the mentalist with the longest-running television show in history.

If you said, “Kreskin“, you’re wrong: his series that was broadcast on Canadian television in the 1970s only ran for 5 years, with a total of 90 episodes.

The answer is “Dr. Charles Scott“, who produced and appeared in a weekly one-hour program called MIND PROBE, which ran in the Kansas City broadcast area for over 10 years (yes, that’s well over 500 episodes).

Think about that for a moment.

Over 500 weekly performances before a REAL live studio audience … no rehearsals … and NO “sneaky” editing — everything was performed in real time. More than 15,000 people attended the show during its run (with many more watching at home), many of them returning literally hundreds of times, and often bringing friends and family members with them.

And this wasn’t unique in Dr. Scott’s performing career. Recently, he was booked in a 100-seat cabaret venue for a 20-week run, and every week he had a standing-room-only crowd, despite the fact that there was no media advertising.

The Secret of Dr. Scott

How does Dr. Scott develop this kind of loyalty from his audience members?

Here’s one of his secrets: he connects with his audiences in a genuinely forthright manner. He is neither humble nor bombastic … he just gets up there and does what he does. He makes no special claims, nor does he try to downplay what he is able to do. People walk away from Dr. Scott’s appearances with the impression that they’ve just witnessed someone with exceptional abilities, but not an exceptional ego. This approach (what Dr. Scott refers to as “the Velvet Glove vs. the Iron Fist”) is a key element in his success, and one that every performer should consider.

Do you think it would be helpful to watch someone present mentalism in a totally natural and relaxed way, yet still maintain a consistent level of entertaining professionalism?

That’s exactly what you’ll see on the two-disc set of The CICARDI PROJECT, Volume 1.

The first disc of this two-disc set contains a full one-hour MIND PROBE program, from start to finish. You’ll see how Dr. Scott is introduced, how he establishes instant rapport with his studio audience, and how he presents six professional demonstrations highlighting “the power of the mind”, including:

You’ve probably seen how most modern day mentalists present their shows, both on television and on stage. Not too long ago, there was a “reality show” type of program that featured a number of mentalists. I was curious what the average person’s take on it was, so I asked a friend of mine if he’d seen the show. His reply was, “Yeah, we watched a few minutes of that … they’re trying to find the next big magician, right?” … which is not exactly what the participants and producers had in mind, I imagine.

What’s missing in many current and past instructional DVDs is how a mentalist should really connect with his audience. Dr. Scott does this effortlessly, and stands far apart from the crowd of entertainers today, using simple methodologies to create miracles.

His personality and humbleness combine to create an unassuming role as Master of Miracles, and yet it is this very persona that allows him to exercise boldness without any suspicion from the audience. The first time Millard Longman saw Dr. Scott, he told me, “He sucks me right in, he’s so easy to watch. He’s soft-spoken, yet commanding; his persona is unassuming, yet gutsy. People actually feel good about being there as he calmly creates miracles for them.”

That’s all well and good for Dr. Scott, you may be thinking, but if you take his suggestions to heart, you can create similar results with your audiences, too.

An Afternoon with Dr. Scott

Now, just watching Dr. Scott present these straight-forward demonstrations of mentalism would be educational in and of itself, so imagine how much more enlightening it would be to sit with the man himself and have him discuss the presentations in detail. And that’s exactly what you get on the second disc of this 2-DVD set, which contains almost two hours of explanations and insights that will allow you to get the most out of this material. You’ll learn Dr. Scott’s incredibly simple methodology which allows you to concentrate on presentation while at the same time creating multiple layers that effectively hide the modus operandi.

You’ll hear Dr. Scott explain his adaptation of the classic Tossed Out Deck, and wonder why no one else has thought of this brilliant approach before. And, after learning his version of the Three Envelope Test, you’ll understand why at least two full-time professionals told me, “Please tell me he won’t be revealing this … I use it in every performance!“

Because he respects the work of other creators in the field, Dr. Scott does not explain the workings of the specific ESP card demonstration he performed on the original MIND PROBE, but he goes one better by revealing a routine that I personally think is even better, since it has the added benefit of being performed any time, any place.

And while you may already be performing his classic Psi-Grafico, you’ll definitely want to hear Dr. Scott cover not only the basics, but the subtle nuances that transform this presentation into a high point of your appearances. One person who watched this told me, “I thought I knew Psi-Grafico, but this opened my mind to possibilities I’d never imagined.” Indeed, Dr. Scott explains how Psi-Grafico can be presented in a myriad of ways, allowing it to be changed to fit every audience.

With regard to the Blindfold Q&A portion of this DVD set, it is only fair to say that Dr. Scott does NOT reveal its workings on this DVD, since that is what the forthcoming CICARDI PROJECT Volume 2 will be devoted to. He does, however, cite the original source for those who don’t mind a little bit of research.

Instead of focusing on the technical aspect of the presentation, however, Dr. Scott covers the one thing that is more important than the blindfold methodology: the actual core of the Q&A act — how to answer the questions audience members will ask … how to avoid the wise-guys … how to handle truly sensitive issues that will come up … how to engage every member of the audience in a meaningful way … and much more.

Anyone can put on a blindfold … but if you don’t know how the actual nuts and bolts of Q&A go together, it can quickly become a travesty for performer and audience alike. With Dr. Scott’s approach, based on years of work in the real world, the Q&A presentation becomes something else entirely, and can very well be what takes you to the level you’ve aspired to.

Before now, the only way to watch a MIND PROBE show was to know someone … who knew someone else … who had a 4th or 5th generation copy of a VHS tape that was bootlegged in the first place. This episode of MIND PROBE comes directly from Dr. Scott’s own private collection which is comprised of shows that were copied off the original studio master tapes.

There are a handful of fulltime professionals who have spared no expense just to spend a few hours with Dr. Scott for one-on-one training. You’d certainly recognize some of their names; some of them, however, prefer to spend their time on the road rather than on the Internet forums.

Look, you know professional mentalism is much more than “knowing the secret” … if that were the case, there would be hundreds of kids with YouTube accounts appearing on television every night. The simple fact is that you can have all the routines on the planet, but they’re wasted if you can’t connect with your audience, and that may be the most important lesson Dr. Scott has to teach.

On this two-disc set you’ll see time-tested ESP demonstrations presented to a real-world studio audience as only a seasoned professional like Dr. Charles Scott can — impeccably. In addition to the live performance, you’ll be able to sit in on a no-holds-barred discussion of what goes into a professional mentalism show, including everything you’ll need for a full one-hour show of your own, using props you can assemble yourself after a visit to your local office supply store.

Imagine — a complete one-hour show in front of a live audience PLUS almost two hours of explanation from Dr. Scott: this DVD set is without a doubt an object lesson for every modern-day mentalist. If you want to model success, Dr. Scott offers a genuinely approachable example of how to present yourself and interact with audiences on a completely human level, without the glibness, rudeness or “show-biz” feeling that mark the performances of many performers today.

How much does a professional comic pay for one joke?

Or, for that matter, a professional singer for a single song?

Yes, The CICARDI PROJECT Volume 1 is priced higher than your typical magic or mentalism video, but this DVD set is about way more than just new routines … and it could very well mean the difference between your creating a real onstage persona, or merely cookie-cutting what so many others think is the way to present mentalism (“Look at me! Aren’t I wonderful?“).

So from one perspective, The CICARDI PROJECT Volume 1 is for professionals.

But, as you probably know, it’s far easier to create good habits than to break old ones, so wouldn’t it be better if every beginner were able to watch this DVD?

At the end of the day, however, it comes down to this: regardless of your skill level, you will benefit from watching a professional in action, and Dr. Scott is a consummate pro that has something to teach each and every one of us.

In the interest of full disclosure, it should be noted that while the MIND PROBE program that appears on Disc 1 of this set was produced in a professional studio (more about this in a moment), the interview with Dr. Scott was definitely not — it was a one-camera shoot with absolutely no bells or whistles. So, if it’s L&L quality you’re looking for … well, you can probably Google their address, and while they have some excellent products, they won’t be selling The CICARDI PROJECT Volume 1.

As for the MIND PROBE program on Disc 1, there is one segment in which there is some faint, unrelated audio that apparently bled into the tape at the original studio. While it is a little distracting (“Am I hearing voices?”), it in no way obscures the main audio track, and it’s only for a few minutes out of the entire program.