The New Sell and Sell Short by Alexander Elder 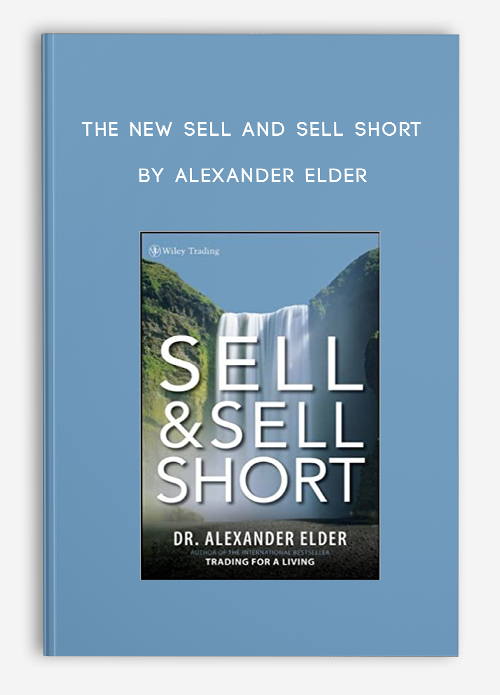 The New Sell and Sell Short by Alexander Elder

In The New Sell and Sell Short, Second Edition, Dr. Alexander Elder explains how to exit a stock at the right time and how to initiate a short position to profit from a stock that is showing weakness. Often overlooked, selling properly enables a trader to cut losses and maximize profits. Moreover, short selling in a weak market can generate big profits and should be a part of every trader’s arsenal of tools. The new edition contains numerous examples of short selling stocks from the 2008-2009 bear market, demonstrating very clearly why traders do themselves a disservice by only focusing on the long side. In addition, the new edition contains an extensive study guide to help readers master the material prior to trading.

Elder shares real-world examples that show how to manage your positions by adjusting your exit points as a trade unfolds.

Understanding where and when to sell is essential to successful trading. The New Sell and Sell Short, Second Edition is the definitive reference to this overlooked, but vitally important, aspect of trading.

Q&A with the Author

Your books are considered “must reads” for traders. What will those who read your previous work gain from The New Sell and Sell Short?
Selling to take a profit is the crowning moment of a trade. Selling to cut a small loss before it becomes a big and hurtful loss is a hallmark of a serious trader. My new book focuses on how to make those essential decisions.

In trading, like in chess, there are completely different strategies for the beginning, the middle, and the endgame. I thought people needed a resource for handling the crucial conclusion of every trade.

In addition, I added a major new section to this expanded edition of the original book – The Lessons of the 2007-2009 Bear Market. Markets are cyclical in nature, and we can learn a lot from the latest major bear. Readers should be prepared when the next bear comes around as it always does.

What are the most significant challenges traders face in exiting long positions?
Exiting a winning trade means cutting off the possibility of more profit. The power word in trading, just like in life in general, is ‘Enough.’ Endlessly reaching for more means letting a winning trade turn into a loss. My book offers several tools for deciding what is enough under different market conditions.

Exiting a losing trade means giving up hope. In the markets, hope is an expensive business. Old traders say ‘if you hope, you’re a dope.’ Each trade requires a firm stop, and my book shows how and where to place them.

What do traders who previously always traded from the long side need to understand when they decide to try short-selling?
Markets go down about twice as fast as they rise. It takes buying to put the stocks up, but they fall, and fall hard, of their own weight. Profits come faster in short-selling, but so do losses. A short-seller needs an iron discipline – there is no room for hope that the market will reverse.

Each trade requires three numbers: an entry point, a profit target, and a stop. You must place a stop and a profit target as soon as you enter into a short trade.

Do you think the “boom and bust” patterns of the financial markets in recent years will continue?
I think the markets have speeded up in recent years, reflecting the general speeding up of events in Western societies. Traders have a much better handle on risk, while long-term investing has become incredibly risky due to heightened volatility. I hope that my new book will help even long-term investors to implement the best practices of traders – take profits, cut losses, and benefit from price declines.

You want to learn about Forex?

Get The New Sell and Sell Short by Alexander Elder with Digitdl.com