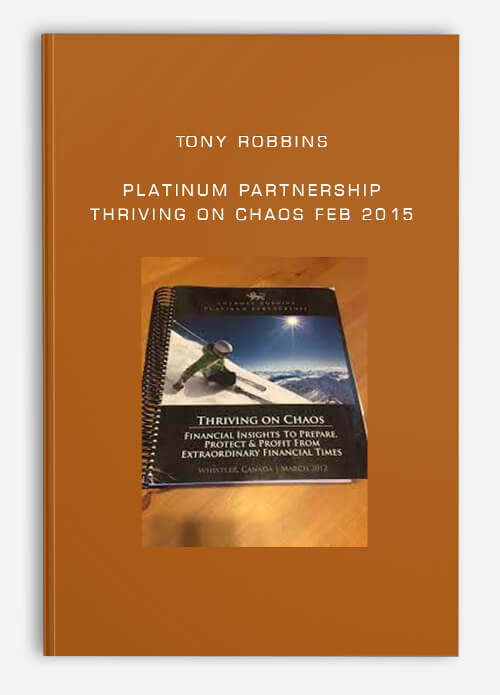 How about being coached by the number one performance coach in the world who specializes in getting you the breakthroughs you deserve in your relationships, business, health and happiness?

Someone who has coached the likes of President Clinton, Princess Diana…. and even Mother Theresa….! Yes that’s right.

Well now is your chance to get  to the  coaching materials from Tony Robbins which are never sold to the public EVER…unless of course you pay the upfront cost to get access.

The Platinum Partnership Program in Whistler, Canada is a 5 1/2 day intensive program with Tony Robbins teaching along with several high profile guest speakers such as T Boone Pickens, Peter Diamandis and Harry Dent. This membership is EXCLUSIVE and limited to around 350 people per year – with yearly memberships costing $75,000 USD for the membership fee only

Content for the Whistler winter Platinum program is centered around Finance, Economy, Banking, Investments, etc. Other guest speakers have even included Alan Greenspan and former President George W. Bush! This program was developed by Tony in the wake of the Financial Crisis of 2008, and the core content of this program and it’s manual have changed very little over the past 6-8 years. It includes tons of the valuable exercises and techniques that Tony uses to navigate a changing financial and economic landscape. The largest changes/variance to each yearly Platinum “Financial” event are the guest speakers that supplement Tony’s teachings. (Often individuals with opposing views to show the contrast in ideas – like doomsday economists Harry Dent and Marc Faber or upbeat visionary philanthropists like Peter Diamandis).

Manuals for the Platinum Programs are only available to members, so this is a rare and unique opportunity to obtain this cutting edge Tony Robbins content for a fraction of the Platinum Partnership membership price! They are printed on a limited run – so very few are actually even out there, due to the exclusivity of the program.