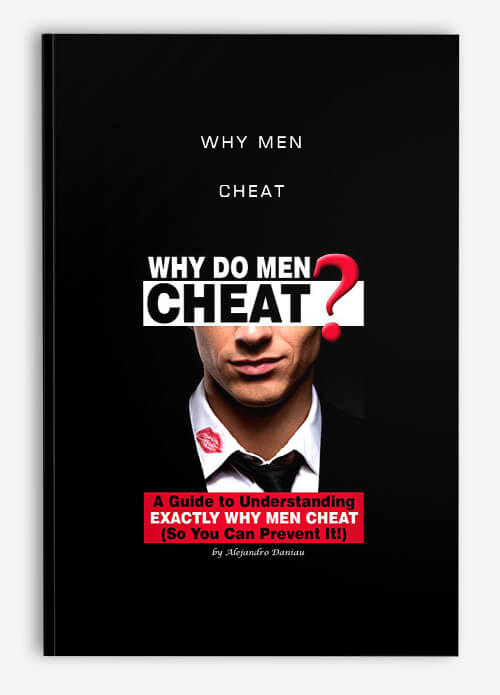 In the last few years, a sordid array of promiscuity from powerful men has become front-page news around the world. From Dominique Strauss-Kahn’s alleged sexual assault, to Arnold Schwarzenegger’s affair and child out of wedlock, to former Director of the CIA David Petraeus’ recent resignation due to infidelity, the world is awash in influential men risking everything in pursuit of that most lowly of goals: sexual gratification.

The circumstances may differ, but the overarching question is always the same: What were they thinking?

Featuring interviews with sex columnist Dan Savage, celebrity lawyer Gloria Allred and noted experts on human behaviour and sexuality, Why Men Cheat investigates the truth behind the murky motivations of powerful men who endanger marriages, reputations, and careers in their quest for illicit moments of sexual pleasure. It looks at why men of great influence who ‘have it all’ are drawn moth-like to risky affairs, and how they come to believe that they’re immune to the rules of normal human mores.

The documentary charts the basis for men behaving badly through history, from Genghis Khan to Bill Clinton, as social norms and expectations for men evolve over the years. Sex and gender roles are changing, as are society’s values – and the tolerance for what privileged and powerful men can get away with. In contrast, the documentary also explores industries in which men are encouraged by women to behave badly – for a price.

On a scientific note, Why Men Cheat examines an emerging body of evidence that suggests the amoral exploits of these high flyers is a lot more than simply bad behavior. New research suggests that the promiscuity and risk-taking that characterize powerful men may be hardwired and have a strong scientific basis. Breakthroughs in neuroscience, genetics, evolutionary psychology, anthropology and sexology are finally allowing experts to peer into the black box of human sexual behaviour, and these new insights suggest some controversial ideas about the plausibility of monogamy in today’s world.

Covering a range of provocative themes and ideas, Why Men Cheat is an honest look at the complex, glamorous and often dangerous world of high-powered, alpha-male sexuality. The documentary is a crash course in what makes alpha males tick, and why some of them are ticking time bombs.

Get Why Men Cheat with Digitdl.com

Be the first to review “Why Men Cheat” Cancel reply