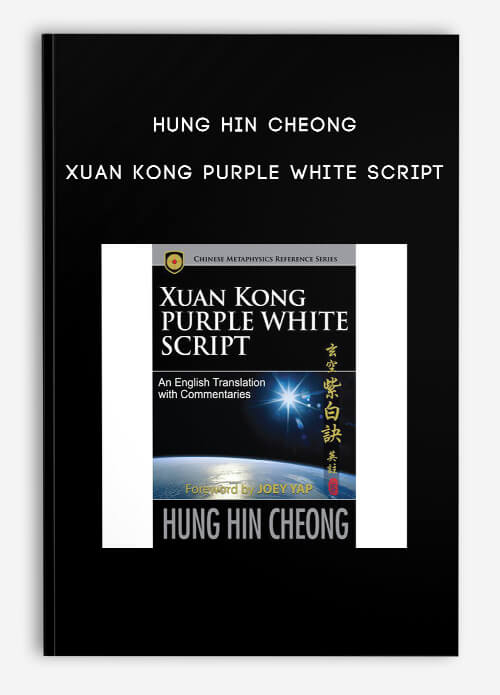 Despite its unresolved pedigree, the classical text of Purple White Script has made it to the haloed list of mandatory classics for advanced Xuan Kong studies. This book is the result of well-researched and clearly written dissertation on the Script. And for the first time ever, it is made available to English-speaking readers, making this book a definite must-read for Feng Shui enthusiasts everywhere.

Chapter Highlights
Part A: Purple White Script – Upper Scroll
An introduction on Growth, Prosperous, Retreating and Killing aside, The Grand Duke and 28 Constellations, 8 Mystical Doors, He Tu and Luo Shu, Replacement of the 9 Stars are translated.

Part B: Purple White Script – Lower Scroll
A look into the Lower Scroll of the Script where various Star Conjunctions are studied and interpreted to uncover their hidden meanings.